Petroleum on my skin?!?! No thanks! 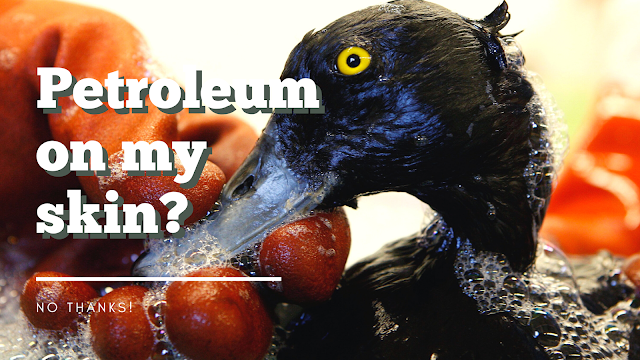 We wash it off animals when there's oil spills, why ever would I put it on my skin? Well, you may not know your skin care products contain petroleum.

Petrolatum, petroleum jelly, paraffin oil, mineral oil, white petrolatum...these are just a few of the petroleum synonyms used on labels by skin care brands big and small. You may have seen them listed, but never imagine it's THAT petroleum. Yes, the black one, the one we use to fuel our cars, THAT one.

Petrolatum is a byproduct of petroleum refining.[1] With a melting point close to body temperature, petrolatum softens upon application and forms a water-repellant film around the applied area, creating an effective barrier against the evaporation of the skin’s natural moisture and foreign particles or microorganisms that may cause infection.[2] Petrolatum is odorless and colorless, and it has an inherently long shelf life. These qualities make petrolatum a popular ingredient in skincare products and cosmetics.

When properly refined, petrolatum has no known health concerns. However, with an incomplete refining history, petrolatum could potentially be contaminated with polycyclic aromatic hydrocarbons, or PAHs. PAHs are byproducts of organic material combustion, commonly stored in fats upon exposure due to its lipophilic properties.[3] There is no way to confirm proper refinement unless a complete refining history is provided. 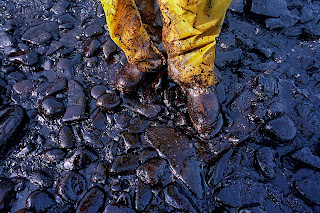 Petrochemicals create a barrier on skin

Mineral oil, petrolatum and paraffin wax are the most famous members of the petrochemical family. These ingredients are widely used in the beauty industry because of their occlusive properties: they create a barrier on the skin that many conventional cosmetics brands use to help keep even the driest of skin feeling hydrated for longer. But, there’s a price to pay for that. This barrier can cause dirt, oil and any comedogenic ingredients that may be lurking in your cosmetic products to stick to skin, clogging pores and leading to the appearance of pimples and blackheads. Even more worryingly, perhaps, when used in certain products this barrier may interfere with the skin’s natural perspiration process, inhibiting the associated feeling of detoxification.

There are different grades of petroleum and mineral oil, with those used in cosmetic products being the "purest" and the most refined. Even still, we should be worried. A 2011 study published in the Journal of Women's Health reported:

"There is strong evidence that mineral oil hydrocarbons are the greatest contaminant of the human body, amounting to approximately 1 g per person."

The researchers removed fat specimens from 142 women who were undergoing C-sections, and collected milk samples from them post-delivery. Scarily, they found that both the fat and the milk were contaminated with mineral oil saturated hydrocarbons. The authors concluded: 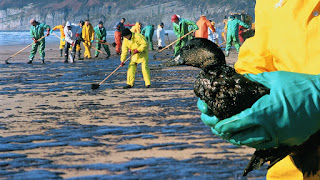 "The increase in MOSH [mineral oil saturated hydrocarbons] concentration in human fat tissue with age suggests an accumulation over time. Cosmetics might be a relevant source of the contamination."

Yikes! This stuff gets in our bodies JUST from using beauty products, and once it's there, it doesn't leave. Dr. Ray Peat agrees: "certain components of mineral oil (which is in many cosmetics) are toxic, and any that does get into the system does not metabolize."

According to the Environmental Working Group (EWG), a whopping 80 percent of all beauty products may be contaminated with one or more of the two dozen recognized cosmetic impurities that are linked to cancer and other health concerns. And petroleum- and mineral oil-based products are no exception. The EWG report goes on to say:

"These trace contaminants in petroleum-based ingredients often readily penetrate the skin according to government and industry studies, and their presence in products is not restricted by government safety standards — they are legal at any level."

And here's why that's a problem. The scariest of these possible contaminants is called 1,4 dioxane, an impurity found in 22 percent of all petroleum-based cosmetics that is a possible human carcinogen and known animal carcinogen. How much you're exposed to depends on the product you're using: it's in 82 percent of hair dyes, 45 percent of self-tanners and 36 percent of face moisturizers, for starters.

A 2009 study published in the Journal of Investigative Dermatology investigated whether mineral oil-based moisturizers might increase the rate at which tumors form. When mice that were at high risk of developing skin cancer received a topical application of 100 mg once a day, five days a week for 17 weeks, the rate of tumor formation significantly increased. 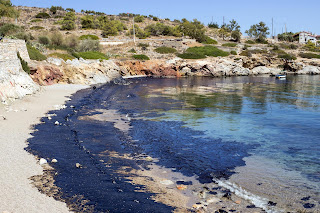 Petroleum and Mineral Oil Are Occlusive

Petroleum and mineral oil are "occlusive" agents—meaning they seal off the skin from air, water or anything else getting in (or out). Wherever they're applied, they form an invisible film on the surface that blocks the pores and the skin's natural respiration process.
Anyone who is even slightly acne-prone will have alarm bells ringing over that statement. Blocked pores means trapped dirt and oil—leading to blackheads, pimples, whiteheads, you name it. You might as well cover yourself in cling wrap.

The occlusive nature of petroleum and mineral oil could also be create a warm, moist environment for yeast and fungus to grow. A 2000 study in Pediatrics found that extremely-low-birth-weight infants treated with petroleum jelly were more likely to develop systemic candidiasis.

And remember, NEVER put petroleum- or mineral oil-based products on a sunburn. Because they form a seal, they'll lock in the heat into your skin, making the burn worse, not better. It could even lead to permanent scarring.

So we've established that petroleum and mineral oil are occlusive, meaning they form a barrier on your skin. Theoretically, this "locks in" moisture—but what if there's not enough moisture in there to start with? Are you really making progress?

Furthermore, these agents don't allow moisture to be absorbed from the atmosphere, like other emollients can, nor will they allow absorption of the other beneficial ingredients that are in your skincare products. And there's just nothing in petroleum or mineral oil that's going to nourish your skin from the inside out. Let's face it: they're cheap filler materials and that's why they're so ubiquitous in beauty products. Why settle for them when you could use something way better?

Instead of petroleum or mineral oil, I recommend sunflower oil, argan oil, jojoba oil, vitamin E, shea butter or cocoa butter. Just watch out for polyunsaturated oils, which oxidize in our bodies and are pro-aging. 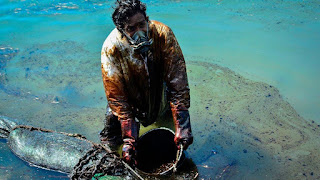 Petroleum and Mineral Oil are Linked to Estrogen Dominance

Estrogen dominance is a common condition in which sufferers have a high ratio of estrogen, with little to no progesterone to balance its effects in the body. Chemicals that are present in our environment, called xenoestrogens, are one of the biggest culprits—and their action may be much more potent than the natural form.

Guess what? Petroleum-based products are classified as xenoestrogens, even the refined varieties. A series of 2011 studies in Environmental Toxicology and Chemistry found that they can indeed produce estrogenic effects:

"The present study indicates that oils contain compounds with possible endocrine-disrupting potential, some of them acting via the hormone receptors."

We already know that these products and their contaminants build up in the body, so it stands to reason that long-term exposure might exacerbate hormonal imbalances. I don't know about you, but I'm just not willing to take that risk.
So I repeat my opening statement: We wash it off animals when there's oil spills, why ever would I put it on my skin?
xoxo
Irene
artisan skin care ingredients to avoid natural skin care petroleum 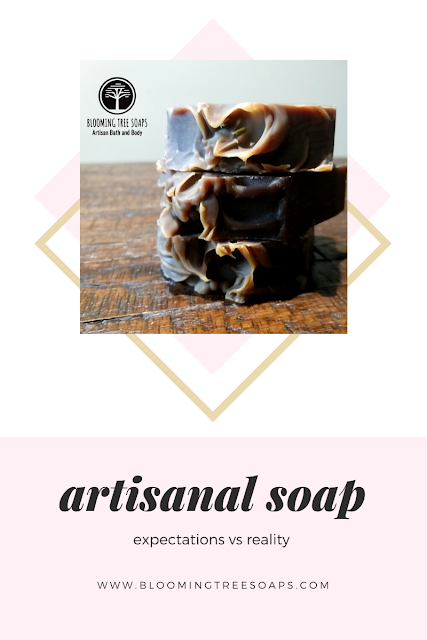 Artisanal soap is so good! It is completely different than the mainstream stuff you buy at the supermarket, trust us on this. But are your expectations being met? First, let us start by defining soap. The FDA states that: "To be regulated as “soap,” the product must be composed mainly of the “alkali salts of fatty acids,” that is, the material you get when you combine fats or oils with an alkali, such as lye"  source   They further explain that "Ordinary soap is made by combining fats or oils and an alkali, such as lye. The fats and oils, which may be from animal, vegetable, or mineral sources, are degraded into free fatty acids, which then combine with the alkali to form crude soap. The lye reacts with the oils, turning what starts out as liquid into blocks of soap. When made properly, no lye remains in the finished product. In the past, people commonly made their own soap using animal fats and lye that had been extracted from wood ashes. Today there are ve 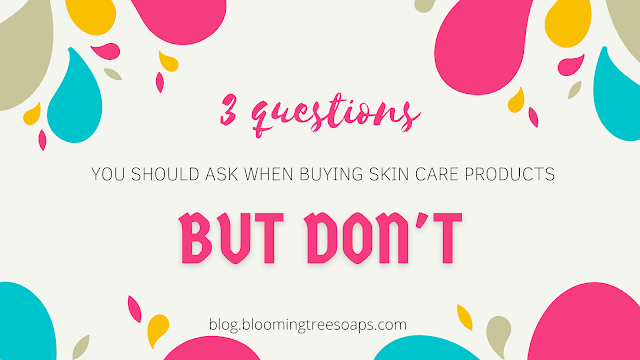 1- Is this product toxin free? Even when skincare products present themselves as natural skincare products, you should double-check to be sure that the product doesn’t contain substances that are harmful to the skin. Hazardous products to the skin commonly contained in skincare products include toluene*, parabens, phthalates, triclosan, formaldehyde, etc. *Read more about petroleum derivates here . 2- How is it preserved? The awareness of the health concerns surrounding preservatives like parabens is increasing but they are still widely used. On the flip side preserve-free does not necessarily mean it’s better. Unpreserved water based cosmetics can be more dangerous than preserved ones because bacteria and fungus can cause major health problems. Although rosemary extract, citric acid, grapeseed extract, natural vitamin e or hops extract are refered to as natural preservatives they really are not; they prevent oxidation which is another thing entirely. You have to look for antifungal an 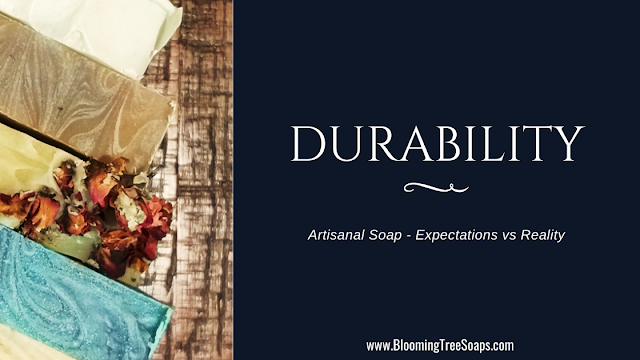 Part 4: Bar soap has to last in the shower | Expectations vs Reality

Yes, absolutely! No sense in using a product that is once and done when you're expecting it to last a couple of weeks at the minimum. Again, the difference between synthetic detergents and artisanal soap lies in the process used to make the bars. Syndet soap bars usually starts very much the same way as artisanal soap. Oil + lye, but that's where the similarities end. The end product goes through a machine that strips it of glycerin and other skin loving ingredients. Then synthetic compounds are added to improve bubbles, fragrance retention, durability, etc while lowering costs. The product is grated, dried in an oven and then compacted into a bar. This whole process completely strips the bar of moisturizing agents. Why are these important? Well, it's what makes your skin feel soft after using soap. Why do they strip them from the bar? They sell them separately (more income) but most importantly, not having these moisturizing agents makes the bar last longer! Art